Scenebot democratizes the way the entertainment industry discovers new talent by providing the #1 worldwide platform for actors to showcase their abilities to agents, managers and casting directors for free.

As entertainment industry vets, Krisha Bullock, a leading casting director and Stuart Alexander, a child actor turned writer/director, recognized the need for the convergence of entertainment and technology to make the scouting process more transparent and enable actors from anywhere in the world to have an equal shot at being ‘scene.’

Scenebot opens the door for actors to demonstrate their skills to some of the most influential decision makers in the entertainment industry. Scenebot operates as an acting showcase, where actors can submit one audition per month to be reviewed by Scenebot’s staff of casting professionals. The top selected monthly auditions will be posted to the website and app for all members and industry professionals to view and “Like.” If an agent, manager or casting director is interested in a particular actor, they will have the ability to contact the actor or the actor’s parents through their private profile.

Scenebot combines entertainment and technology in a truly unique way. No longer does an actor have to travel long distances and incur high costs to try and break in to the business. This app and website has made the entire process as close as the nearest smart phone. Along with a monthly audition, the app also provides actors with amazing resources, including helpful videos from many top actors and industry insiders, an ask the experts section, and advice for parents to help them better understand the business and what is needed when starting out.

Scenebot believes there is great value in classes and proper training, but doesn’t believe that aspiring or established actors should pay to be seen or audition. Therefore, the basic functionality of Scenebot will always be free. Agents, managers and casting directors are always hoping to find the next great talent and Scenebot is here to provide that opportunity to talented actors around the world. 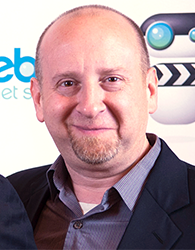 Stuart Alexander has spent over thirty years in the entertainment industry, starting as a child actor in New York, in addition to working as an acting instructor, session director in casting offices, and ultimately as a professional screenwriter and film director in Los Angeles. Alexander created Scenebot with his casting director wife as a free alternative to expensive showcases and talent scouting services. 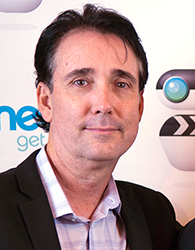 Mike Hennesy is an accomplished leader in the information technology field, with over nineteen years of experience successfully executing technology operations for a variety of industries. Hennesy is also a serial entrepreneur and throughout his career, has been involved with a number of successful startups. He co-founded Scenebot with Alexander and brings the needed cross-functional expertise around the rapidly evolving digital landscape. He is excited about the possibilities for Scenebot as the perfect mashup of tech and entertainment and how the platform levels the playing field for actors all over the world. 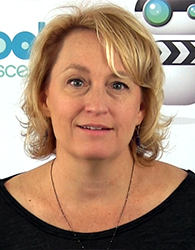 Krisha Bullock is the co-founder and advisor for Scenebot. Given her specialty in youth programming and entertainment, it was a natural progression for her to develop a platform focused on young actors that enables them to be seen by entertainment industry pros from around the world. Bullock’s credits include Emmy nominated hit shows “Victorious” and “iCarly”, in addition to “Henry Danger”, “Game Shakers”, “Drake and Josh”, “Zoey 101”, “All That”, “The Amanda Show”, “Kenan and Kel”, the feature film “Alice Upside Down", the TV movie “Merry Christmas, Drake & Josh," as well as the television pilots for, “Gibby” and “Sam & Cat.” In addition to her casting career, Bullock has been a mentor and teacher to thousands of hopeful young actors, helping them break into the industry by teaching them the do's and don'ts of auditioning and helping them navigate the industry.