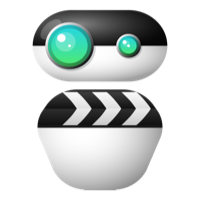 Cinda is the mother of one of Hollywood’s most successful young actors, Brittany Snow. Brittany’s extensive work includes leading roles in most recently Pitch Perfect 1, 2 & 3, Bushwick, Hairspray, Prom Night, John Tucker Must Die, The Pacifier, Finding Amanda, The Vicious Kind and others. Her television series, American Dreams, ran for three seasons on NBC, and her first major role was on The Guiding Light. She landed numerous additional roles as she and her mother crossed the country to continue her career. Cinda continues to encourage and support her daughter’s career while now managing other young talent to follow their dream. Cinda started Snow Entertainment to help guide, nurture and develop Talent at all ages in the Entertainment Industry. As mother of a successful young actor and being in the business for over 25 years, she understands how talent want to follow their dream of being an actor, dancer and/or singer but also in a healthy and happy environment. Many of her talented actors have booked pilots, Series regular roles, Feature movies such as “Jem and the Hologram”, “Wilson”, “ Little Rascals”, “Las Vegas” “ The Blue Lagoon Movie” “Shorts, numerous episodic roles such as “ Kirby Buckets”, “Best Friends Whenever”, “Paige & Frankie”, “Austin & Ally”, “CSI”, “Grey’s Anatomy”, “The Neighbors,” etc and numerous National Union and non-Union commercials. She works with talent from all over the US encouraging building their experience, training and resume prior to going to Los Angeles, Cinda works with talent at all ages from newborn to more experienced talent. Cinda previously worked as VP, Key Accounts/Strategic Planning for Hougton/Mifflin/McDougal Littel Educational Publishing Company. She enjoyed a successful career in Sales and Marketing for many years. Her role was to identify emerging trends, develop marketing plans, sales strategies and products to meet the needs of the Students from grades 1 through 12. Cinda applies her knowledge of the education market, sales and marketing concepts and strategies in developing the careers of the talent she works with. Becoming an successful actor is knowing how to treat Acting as a business and career. With her Masters in Reading she has written and developed Professional Development Resources and Training Packages for the implementation of educational resources for administrators, teachers and students. These resources are also useful in helping talent to be successful in the development of their acting skills by being more articulate communicators, strong readers and writers and creative/critical thinkers which ultimately will help them be successful no matter what career they decide to follow. Cinda is also now working as an Executive Producer with Origin Pictures with a slate of low and high budget films such “I Thirst”, “Fatima” , “Week 14” and others. She is also working with other Producers in casting their films such as “Ghost Dog”, “Christmas Switch” , She is also a Producer on “A Teacher’s Touch/Beyond Borders , In this competitive environment with more talent submitting via electronic submissions it’s become imperative that all talent become proficient in networking and being proactive in their careers. The Industry is continually changing with the influx of new Cable channels, International opportunities and Projects being filmed across the US. It’s become important to be as knowledgeable and involved as possible. Cinda enjoys sharing her knowledge, networking and being proactive in her search for new opportunities for her talent so that they may all be successful in their pursuit of their dream in becoming an Actor, Producer, Director, Writer,Singer and Performer. She enjoys the challenge in nurturing, developing and guiding others to work hard and follow their dream.